Animoca Brands acquires Pixowl, developer of The Sandbox game for mobile and blockchain

HONG KONG and SAN FRANCISCO – August 27, 2018 – Animoca Brands Corporation Limited (ASX:AB1) and Pixowl, Inc. today announced that Animoca Brands has acquired Pixowl through a Share Sale and Purchase Agreement. Terms of the agreement were not disclosed.

The Acquisition enhances Animoca Brands’ operational base and mobile development proficiency, providing an experienced development team that will help to lower the company’s operational costs while increasing its capabilities, including in the area of blockchain development.

“Our acquisition of Pixowl provides powerful strategic and operational synergies with Animoca Brands,” said Yat Siu, co-founder and director of Animoca Brands. “Pixowl’s experienced developers will significantly increase our development capabilities. Its founders are highly respected game industry veterans who have developed multimillion dollar franchises. We believe the blockchain version of The Sandbox has incredible potential. Pixowl shares our vision of blockchain gaming, NFT’s, and games as a platform. Like us, it has a number of world-renowned brand licenses, including Snoopy and Goosebumps. We look forward to utilising the many opportunities for growth conferred by this acquisition.”

“Animoca Brands is a perfect fit for Pixowl and we are happy to add our brand relationships to its portfolio while accelerating growth for our key IP, The Sandbox, with a new 3D version that will integrate blockchain technology and demonstrate our vision of a next-generation User Generated Content gaming ecosystem,” said Arthur Madrid, the CEO and founder of Pixowl. 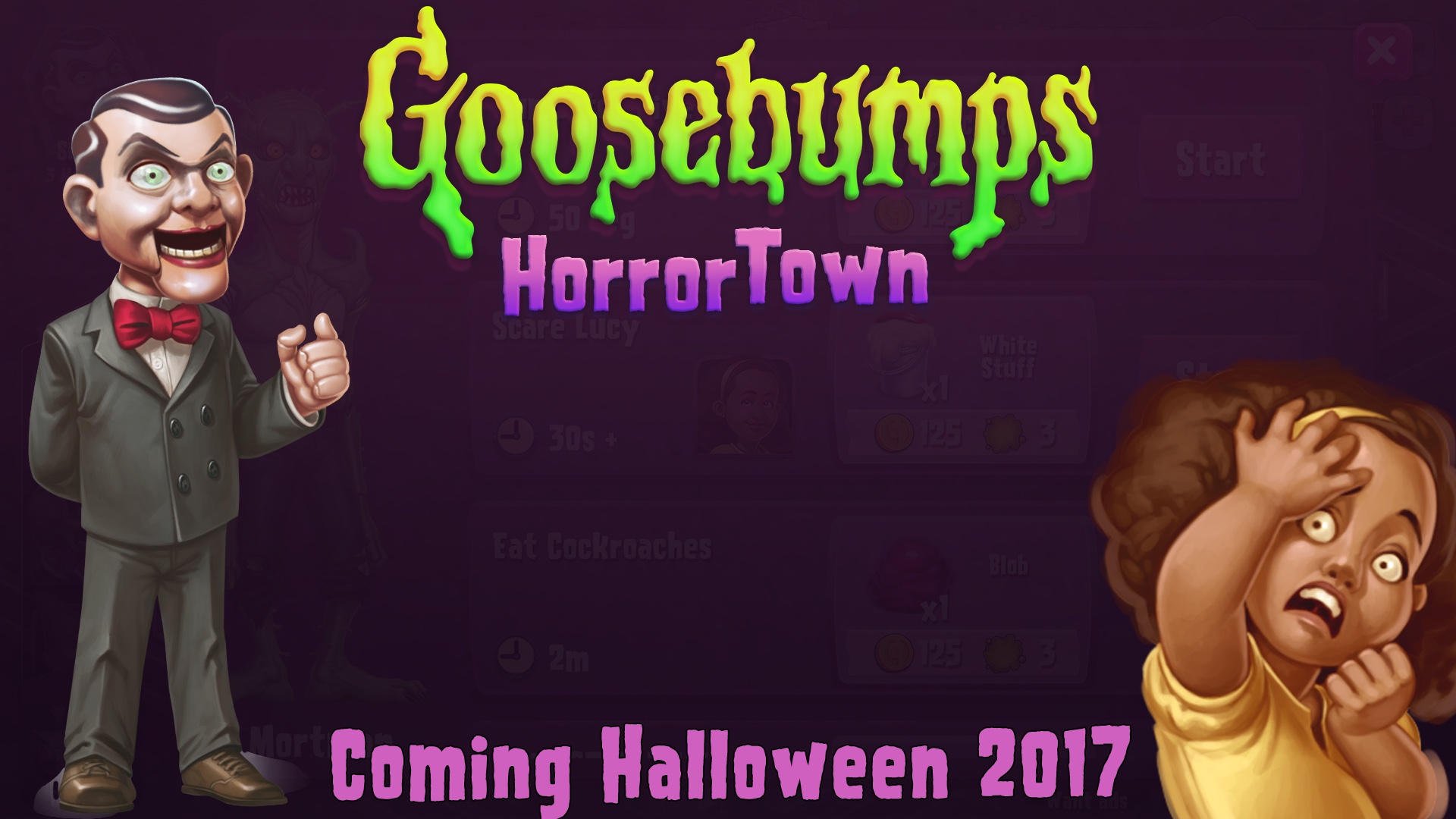 SAN FRANCISCO, CA – (May 23rd, 2017) – Pixowl, a San Francisco and Buenos Aires based game developer, today announced at Licensing Show in Las Vegas, it has teamed up with Scholastic to bring the popular Goosebumps™ series by R.L. Stine, one of the best-selling series of all-time with more than 350 million English language books in print, to mobile platforms with Goosebumps HorrorTown, a new character-driven city building game. Scheduled to release for Halloween 2017 for iOS and Android devices, the game will put fans in charge of an eerie town that’s home to a range of inquisitive humans–and to a large number of wickedly beloved Goosebumps characters from Slappy to The Mummy to Lawn Gnomes, all of whom can interact with the human denizens through original content and stories.

Pixowl has established itself as a leader in developing character-driven mobile city-builder games based on IP from major comics, movies and iconic brands. With this new partnership, Pixowl continues its impressive lineup of brand partnerships that includes Garfield, Snoopy, PAC-MAN and Ghostbusters with more to be announced this year. Goosebumps HorrorTown adds one of the most beloved horror-themed franchises of all time to the studio’s lineup with a game designed to appeal to mid-core gamers who have grown up on the Goosebumps book series.

“As big fans of the Goosebumps series our team is having a blast putting R.L. Stine’s scariest monsters into a new interactive world where the players have control,” said Arthur Madrid, CEO of Pixowl. “Goosebumps HorrorTown will feature nosy humans and frightening monsters living side by side –what could go wrong in such a peaceful suburban town?”

In Goosebumps HorrorTown, players will try to build the largest town with the most complete collection of Goosebumps monsters. With both human and monster playable characters available, players will collect resources, scare humans, investigate monster activities and explore the map to find new areas and adventures to unlock. The game features original content for fans with animations and missions for humans and the dozens of available monsters. Monsters can scare humans to obtain special materials to obtain new monsters, and humans can spy on monsters to find out what’s going on in their town. As players raise their experience level, they can unlock new content, grow their town and discover chillingly fun new adventures.

More details about Goosebumps HorrorTown will be revealed in the future.

“We are excited about bringing Goosebumps to life in this exciting new platform giving fans of the bestselling book series another way to interact with this rich brand,” said Caitlin Friedman VP, Film/TV Development and Brand Strategy, Scholastic Entertainment

Players can pre-register at www.goosebumps.town to be informed of latest developments and updates of the game, or follow Facebook https://www.facebook.com/GoosebumpsHorrorTown

Lyon, June 8 th, 2016 – “ THE SANDBOX” developer Pixowl and BANDAI NAMCO Entertainment Europe have entered into a partnership for the upcoming “ THE SANDBOX EVOLUTION”, the sequel to the acclaimed 2D pixel-art world builder mobile game which has been downloaded over 16 million times.

With this new partnership, Pixowl will offer its fans and community the opportunity to create their very own pixel universes, manipulate and discover natural elements and interactions, while also expanding the game’s concept by letting players create their very own games by adding controllable heroes – including some of the most popular classics IPs from BANDAI NAMCO, such as PAC-MAN and many more! Pixowl will be releasing new characters from BANDAI NAMCO throughout the year after the launch of “ THE SANDBOX EVOLUTION“, expected at the end of June 2016.

We are happy to announce our partnership with Paws, Inc., Jim Davis’ company that owns Garfield, one of the most beloved and enduring comic icons. Pixowl will develop an original simulation mobile game featuring Garfield for iOS and Android.