We are excited to announce that the game will become available forever for free (with no ads or in-app purchases) for PC via the Steam platform exclusively, as it celebrates its fifth year of Sandbox unlimited creativity. Play The Sandbox on PC

You can read the full press release below:

SAN FRANCISCO, CA, December 13th, 2017 – Pixowl today announced that its hit game The Sandbox Evolution, will become available forever for free (with no ads or in-app purchases) for PC via the Steam platform exclusively, as it celebrates its fifth year of Sandbox unlimited creativity. The title is the sequel of the award-winning 2D pixel-art world builder game The Sandbox, which has been downloaded on iOS, Android and PC over 35 million times.

Launched in 2016 on iOS & Android mobile platforms first, then on PC Steam in November 2016, The Sandbox Evolution empowers players to craft worlds or destroy universes and also lets players create their very own games. Earlier in 2016, Pixowl announced a partnership with Bandai Namco to bring classic game characters such as PAC-MAN into the game game, as well as a partnership with Dreamworks for including Shrek characters into the game.

The Sandbox Evolution has enjoyed tremendous success, with 12.5 million players having created over 57 million unique worlds. Players spend over 15 minutes per day creating, and over two million worlds have been shared with other players. Pixowl has rewarded players with 85 game updates, about one every three weeks, giving players a constant stream of new content to play and explore. There are more than 10 game modes, including physics games, platform games, PAC-MAN mazes, action games, ninja games, electronics, music making, and more.

“We believe this move will benefit the community of Makers while allowing mobile players and new players to expand their creativity on PC, bringing even more creators and great content to players,” said Arthur Madrid, CEO of Pixowl. “We thank all creators around the world who have supported the game until today and are thrilled to accelerate our growth towards our company goal of building a community of 100 million creators by 2020.”

Featuring a modern pixel art graphic style, The Sandbox Evolution gives players even more freedom and creativity through improved physics and side-scrolling worlds that are ten times larger than its predecessor. Players pick from a variety of characters and heroes to build worlds and choose from over 300 elements and design with various entities, game-making blocks, platforms, enemies, portals and characters, pixel art drawing colors, and more. Once a new world has been created, players can share them in the online gallery or create a retro-style platformer level with a brand new, intuitive game maker.

The Sandbox Evolution was originally available on Steam for $9.99 USD or equivalent currency. Users who previously purchased the game will keep enjoying regular updates, while new adopters will be given access to the whole game without limitations.

About Pixowl
Founded in 2011 and headquartered in San Francisco, CA, with development studios in Buenos Aires, Argentina, Pixowl, Inc. is a mobile game development company. Pixowl’s experienced international team of dynamic innovators strives to meet and exceed the desires of mobile game players worldwide by blending exciting gameplay, comic book art and character-driven storylines. With the success of its iOS games, The Sandbox, Peanuts: Snoopy’s Town Tale & Garfield: Survival of the Fattest, Pixowl has already established itself as a leader in casual mobile games and IP-based games. 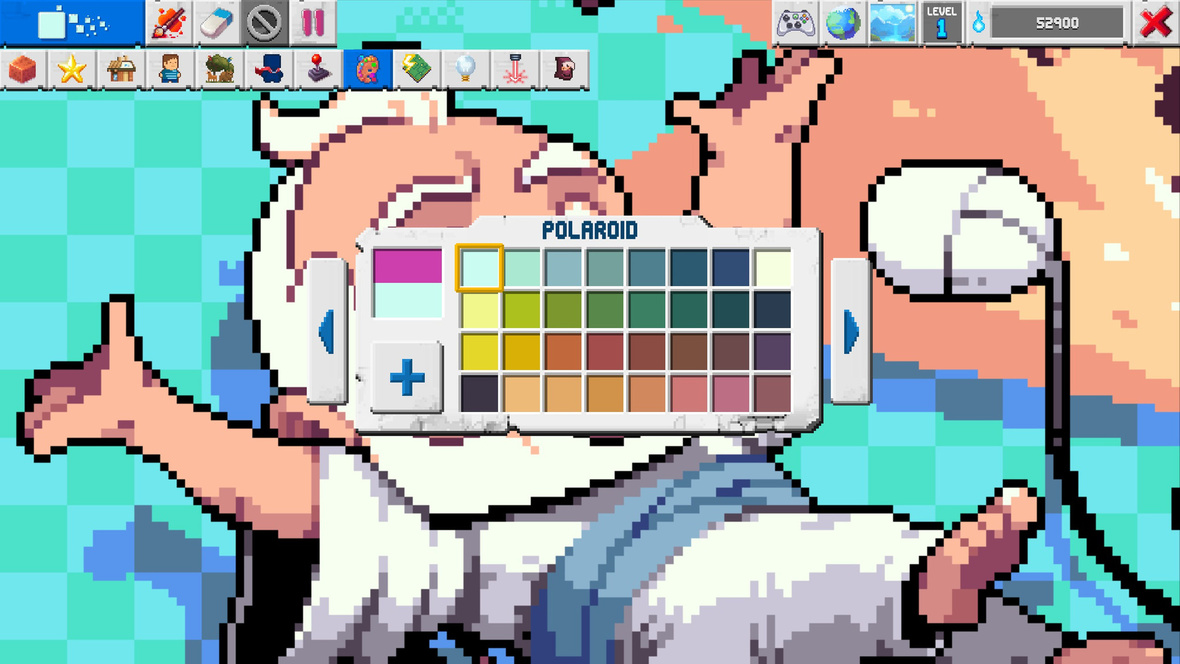 Calling All #Makers! The Sandbox Evolution on PC will be free for all Pixel Artists beginning on 11/18 through 12/17! (instead of $9.99 regular price on Steam!)
All infos here => http://bit.ly/thesandbox-free to get your free Steam key! 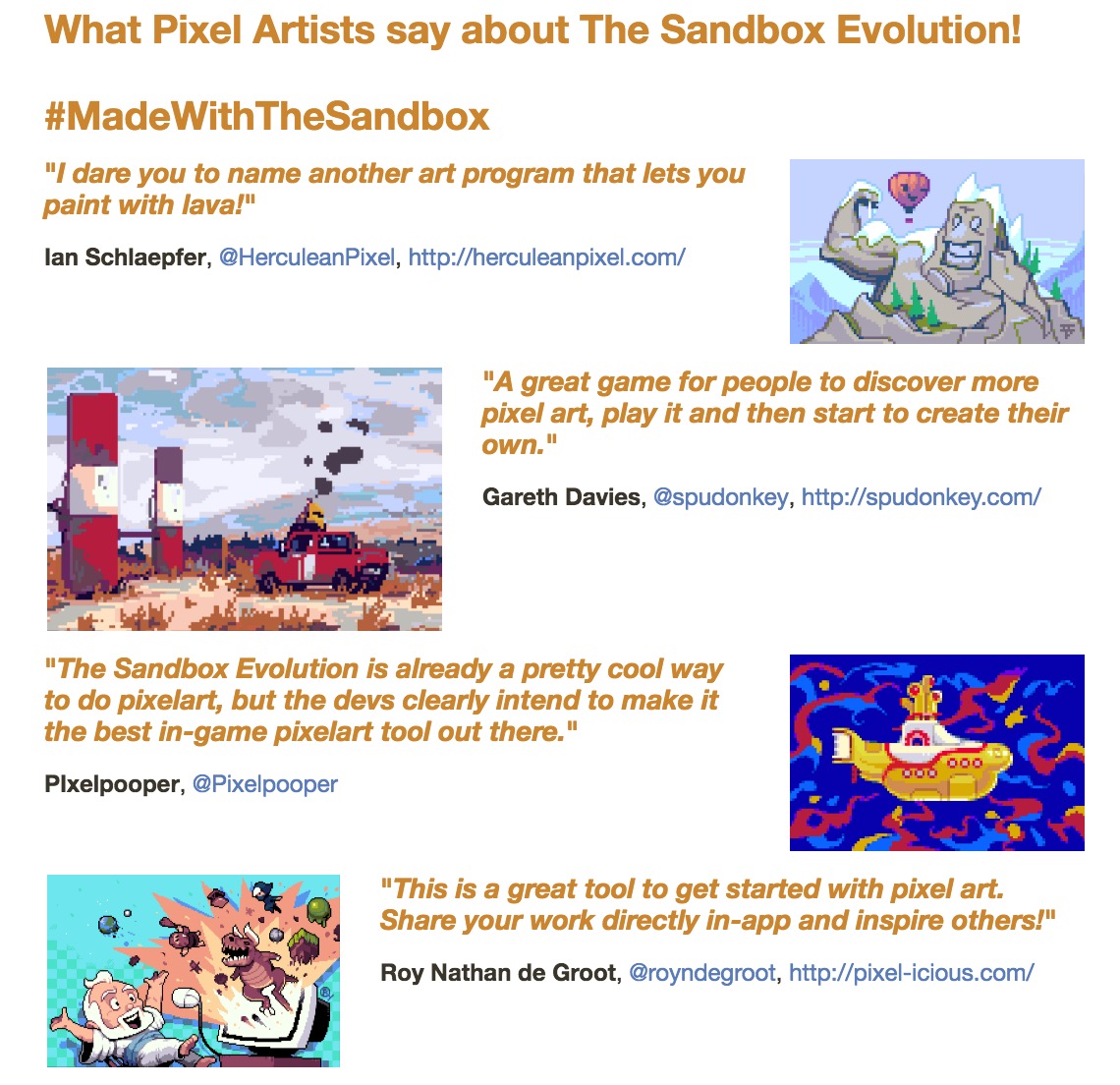 Featured in “Great Free Games” in the App Store

Pixowl is very proud that The Sandbox is featured this week in Great Free Games on the App Store, next to Temple Run 2, Plants vs Zombies 2 or Angry Birds Go!

Want even more? Test your skills with the Lasers & Pipes campaign, featuring 10 new levels to enjoy!

New Update available for The Sandbox on iOS – http://bit.ly/thesandboxgame

Discover now the FREE User-Created campaign with 10 levels to resolve!