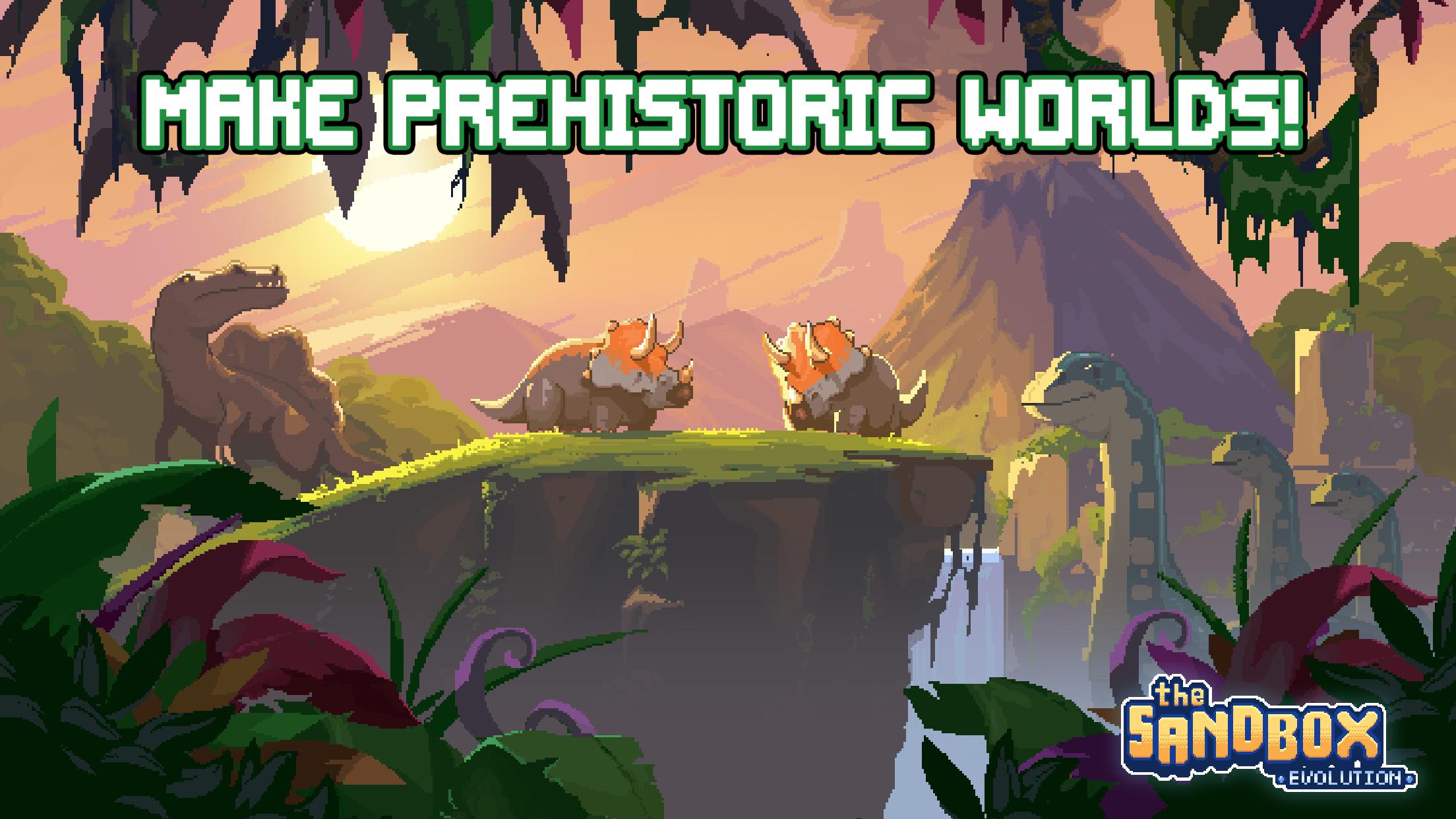 6 new dinosaurs to play with:
- Triceratops: This large-sized triple horned herbivore can defend itself when in danger.
- Velociraptor: A fast and ferocious predator, the Velociraptor spreads out to seek prey and regroups to hunt it down
- Compsognathus: A very small but dangerous carnivore, he is easily killed but swarms his prey with the strength of numbers.
- Pachycephalosaurus:His hard, round head allows him to charge and damage enemies that threaten his life. Nimble and with well developed legs, he’s fast.
- Spinosaurus: The largest carnivorous dinosaur has 2 attacks (short and long range), and damages entities and particles while moving. It’s very hard to survive an attack of this apex predator.
- Brachiosaurus: Pacific in nature, this gigantic herbivore panics when attacked (or when a carnivore comes too close) and attempts to stomp them.